Aging is not always about losing your energy, like an excellent wine, certain things just become better with age.

While the idea of aging may sound frightening, lots of new scientific studies revealed that youth isn’t all it’s made up to be. There are several examples of human beings reaching their peak far into middle and elderly life. Scientists explored a number of physical and mental characteristics and discovered the best ages to do everything best from birth to old age. And, while everyone encounters unique and personal milestones, there are those that nearly everyone shares. Here we will be sharing some evidence-based information about what you can do best at each age.

Some of our most memorable peak experiences occur while we are young. Even if we don’t recall these times perfectly, we frequently have our parents to reminisce with. Childhood defining life events shapes and defines us.

Being more Creative & Better at Learning. (3-7 years). Preschool years, particularly the first three years of life, are considered critical in a child’s development. This is the time when the foundations for attitudes, thinking, and learning is laid. According to research, 50% of our ability to learn is formed by the age of 4, and another 30% by the age of 8.

Least Likely to Die. (9-10 Years). Despite the fact that the first few years of life are filled with stumbling barriers, the likelihood of dying within a year for children aged 9 and 10 is quite low. Fairly odd, isn’t it? According to American Social Security Data, each of these years, around 9999 out of 10,000 children make it through all the accidents, etc. 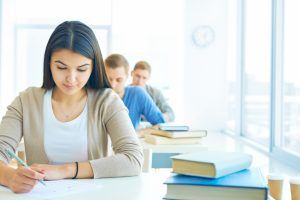 Brain Processing is Fastest. (18 Years). In research released in 2016, cognitive scientists examined the processing capability of the brain through the use of a digital symbol coding task. Participants in the exam were required to match a series of numbers with the symbols that corresponded to them. On average, 18-year-olds were the most successful at completing the matching task in the experiment.

Fluid Intelligence. Scientists have known for a long time that our capacity to think rapidly and retain information, often known as fluid intelligence, peaks around the age of 20 and then begins a gradual decline after that.

Remembering Unfamiliar Names. (22 Years). We’ve been over this: you’ve just met someone new and their name has gone straight out of your mind without a second thought. Don’t be guilty about it as according to a 2010 study, one reaches your greatest ability to recall a stranger’s name at the age of 22.

Life Satisfaction. (23 Years). According to the results of the survey of 23,000 individuals in Germany, 23-year-olds are particularly content with their life.

Fertility at Peak for Women. The average woman’s fertility reaches its peak around the age of 24.

The Strongest Muscles. (25 Years). Your muscles are at their strongest when you’re 25, although over the following 10 or 15 years they stay virtually as strong — and this is one of the features that may be most readily enhanced, due to resistance exercise if you want it later in life as well!

The Best Age to Make Fast Decisions. According to research released in PLOS titled Human Behavioral Complexity Peaks at Age 25, your brain reaches its peak when it comes to its capacity to consume, comprehend, and spit out a solid conclusion in the shortest amount of time.

Best Age to Get Married. (26-32 years). According to the 37% Rule of statistics, a guideline by coauthors Brian Christian and Tom Griffiths of “Algorithms to Live by the Computer Science of Human Decisions,” by the time you reach the age of 26, you will have met enough individuals to have some decent possibilities without having to wait so long that they begin pairing off without you.

Waiting to marry decreases the likelihood of divorce by 11% year, while waiting too long raises the likelihood by 5% annually, according to Nicholas Wolfinger, a sociologist at the University of Utah who examined divorce rates in 2015 research.

Peak Sex Drive for Women. According to one research, women between the ages of 27 and 45 reported more frequent sex drives than women younger or older than them.

Best Age to Be a Marathon Runner. According to a 50-year survey of marathons, the average age of a runner who completed the race in little more than two hours was 28.

Bones Peaks in their 30s. Bone mass, or the total quantity of bone tissue in the skeleton, can build until the age of 30. Bones are at their strongest and densest at this age. Calcium and vitamin D supplementation can help keep bones healthy for a longer period of time, but they will ultimately degenerate as a normal process of aging. Learn more about how bones are aging and how to slow down this process HERE.

The best age for Male Fertility. According to research conducted by Boston University, fertility peaks around the age of 30 for both males and females. In another research, it was discovered that the production of sperm peaked between the ages of 30 and 35.

Chess Players Peak at 31. Playing chess isn’t that easy, and mastering it requires a lot of time and effort. According to experts who evaluated the scores of 96 Grand Chess Masters over the course of their careers, competitions are at their most successful around the age of 31 for the majority of the time.

Facial Recognition Is Best, (32 years) Psychologists’ study suggests that individuals are capable of recognizing 5,000 people. But when are you even better than this? According to a scientific study, people’s ability to rapidly and reliably recognize the faces of strangers was at its highest at 31 years old.

Best Age to Earn More. While it’s reasonable to believe that your pay will improve overtime as a result of promotions and cost of living rises, it’s fascinating to examine what the study suggests: According to USA’s PayScale’s data, women earn the most when they reach the age of 39, with a median salary of $60,000.  Men’s incomes, on the other hand, peak around the age of 48 or 49, with a typical salary closer to $95,000. 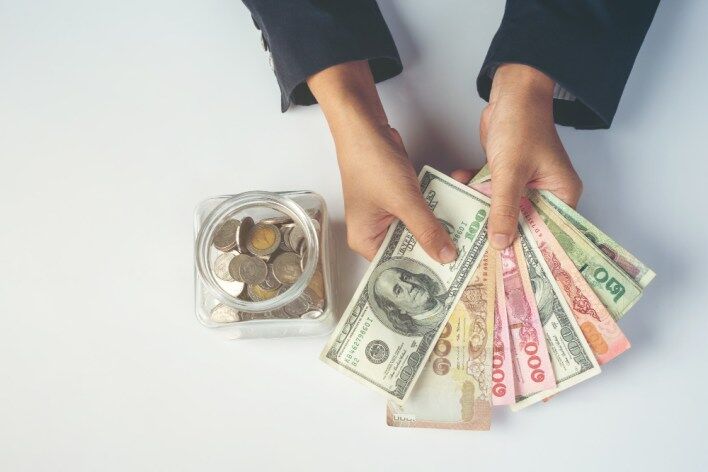 Most Likely to Do a Nobel Prize Discovery.  According to a survey undertaken by the United States National Bureau of Economic Research, the average age at which Nobel Prize-winning discovery is conducted is roughly 40.

Concentration Ability Peaks. Research done proves that despite a reduction in growth during adulthood, sustained attention ability (i.e. concentration) reaches a high at the age of 43 years.

The Depressed Age. (49 years) We go our toll on each age when we are happiest when strongest and when satisfied. But what about being sad or satisfied? Recent research in 2020 which was published in the Journal of Economic Behavior & Organization examined this topic in a systematic manner across a wide sample of people. Across Europe and the United States, unhappiness reached its pinnacle in the late forties, especially at the age of 49 years.

Most Emotional Age in the 40s-50s.  It is very good to be empathic towards others and understand them. But there is a certain age at which one really doesn’t have to be more mindful to do this. There was interesting research done in which researchers invited 10,000 individuals to examine photographs cropped closely around the subject’s eyes and to describe the subject’s feelings. The study discovered that adults in their 40s and 50s were the most adept at understanding actual emotions.

So, if you believe your prime years are past you, reconsider – success may occur at any age or stage of life. Indeed, there are certain capabilities and characteristics that peak around or around the age of 50.

Don’t Doubt Your Math at 50.  Even though we all have knowledge of basic mathematical skills. But if anyone is reaching a half-century milestone, his calculator may be gathering dust someplace. Research has found that those over the age of 50 are the most adept at solving arithmetic questions fast.

Better Financial Decisions. To assess financial literacy, researchers at Texas Tech University presented 16 questions regarding borrowing, investing, and insurance in a 2016 study. They discovered that average scores grew year after year up to about age 50. After the age of 60, financial literacy begins to deteriorate.

Happier. According to a study conducted at the University of Melbourne on over 400 women, growing senior provides a number of benefits for our overall satisfaction. Their research found that negative mood and depression symptoms considerably declined from midlife (50-64) to late life (65+), particularly in the years after menopause.

The Sixties and Later.

Life Satisfaction Peaks Again.  According to research conducted in Germany, 23-year-olds are particularly content with their lives, and after aging life satisfaction peaks again at age 69. Additionally, the researchers discovered that those over 60 reported higher levels of life satisfaction than those aged 55 and older anticipated five years later.

The Peak Age of Vocabulary.  Ever got surprised that your uncle has a better vocabulary than you do? Well, Science has explained and researched this too. A multiple-choice vocabulary test discovered that people in their late 60s and 70s scored the highest of any age group. The researchers believe that it is a result of three factors: improved education, employment that need extensive reading, and increased intellectual stimulation possibilities for older generations. 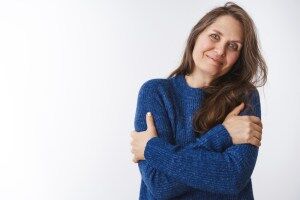 The Best Age for Self-Love. While a middle-aged person may encourage an adolescent or twentysomething to take advantage of their rapid metabolisms and forgiving bodies while they can, a Gallup study revealed that two-thirds of Americans over 65 consistently prefer their appearance. Perhaps self-acceptance and love for oneself become far more widespread than wishing for or attempting to attain something other than who one is. Those over 70 were the most likely to have pleasant feelings about their looks.

Wiser by 60-90s. Interesting research was done in 2010 to determine how wise participants were by analyzing their verbal replies to scenarios involving disputes between different individuals and organizations, as well as their capacity to apply intellect for the greater good. The oldest group, which includes people between the ages of 60 and 90, surpassed every other age group in practically every category.

The Best Age for Psychological Well Being. In a study published in the Proceedings of the National Academy of Science, researchers asked participants to visualize a ten-step staircase with the greatest conceivable life at the top and the worst possible life at the bottom. Their oldest group (82- to 85-year-olds) provided the greatest average rung count, around 7.

Researchers looked at individuals who were 29, 39, 49, or 59 years old and discovered that they were more likely to make a significant life shift – whether for the better or for the worse. This group of “9-enders” was found to be overrepresented in groups of people who were looking to have an affair, those who committed suicide, and those who were participating in a marathon for the first time.

Aging is inevitable, but we all know by now that by charting the geography and noting both the highs and lows, we can make the voyage more pleasurable. Another peak may be on the way to help us Prim with Time!

Why is Cholesterol Important for Human body? Some facts.

Understanding Stomach Cancer. What Are the Risks, Treatment & Prevention?

Why is Cholesterol Important for Human body? Some facts.

Understanding Stomach Cancer. What Are the Risks, Treatment & Prevention?