Cancers, Doesn’t this term scare us all?
It surely does. Out of every two men and out of every three women will be diagnosed with cancer, and the number of new cases of cancer is set to nearly double by the year 2050, but despite all this and the vast numbers, some of us are unaware; of what Cancer means? What are its types, and how it affects our health?

Cancer is second on the list of leading causes of mortality in the United States and worldwide leading to 10 million deaths in 2020.

The history of Cancers dates back to the Edwin Smith Papyrus, which dates from 1600 B.C., has the oldest account of cancer. The paper discusses the removal of breast tumors using a technique known as the fire drill.

Cancer is a broad word that refers to various illnesses created when abnormal cells proliferate fast and spread to other tissues and organs. At the simplest, cancer is the disorder that develops when the cells of our body grow out of control, creating a mass of unhealthy cells. Healthy cells have a distinct life cycle, replicating and dying off according to the cell type. As old or damaged cells die, new ones replace them. But in cancers, this whole thing gets messed up due to mutations, either man-made or genetically. Cancer disturbs this mechanism, resulting in aberrant cell proliferation. DNA alterations or mutations cause it.

According to the statistic of Cancer.org, almost 1.9 million new cancer cases in the US are expected to be diagnosed in 2021.

HOW IS CANCER FORMED?

Our body is composed of millions and trillions of highly specialized cells. Each of these cells carries genes and are responsible for different function like growth and division. This whole process occurs in an orderly manner. But when the genetic component gets changed, the cells lose control over their division process, and these cells might grow and divide uncontrollably, forming the lump of undesirable cells.

The genetic changes caused by cancers usually occur in three types of genes: the Proto-oncogenes, a normal cellular gene. Many proto-oncogenes exist, performing their usual task of division and growth. Most of the time, these genes operate correctly, but occasionally things go wrong. A proto-mutation might lead it to turn on when it shouldn’t. The proto-oncogene then becomes an oncogene, a malfunctioning gene. And this uncontrolled cell division generates tumors.

The second type is Tumor suppressor genes, which are normally functioning genes that regulate cell division, correct DNA abnormalities, and signal cells to expire (a process known as apoptosis or programmed cell death). When tumor suppressor genes are defective, cells can proliferate out of control, resulting in cancer.

The third one is the DNA repair genes. These genes correct errors that occur during DNA replication. If a person’s DNA repair gene is defective, errors stay unchecked. Then, the errors evolve into mutations. These mutations may eventually form cancers and tumors, in tumor suppressor genes or oncogenes.

WHAT IS A TUMOR? 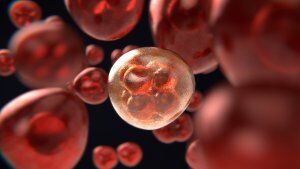 Every uncontrolled cell division forming a lump or a mass is referred to as a tumor, but can every tumor be cancerous? The answer is no. The tumors are classified into two major types, which are as follows; 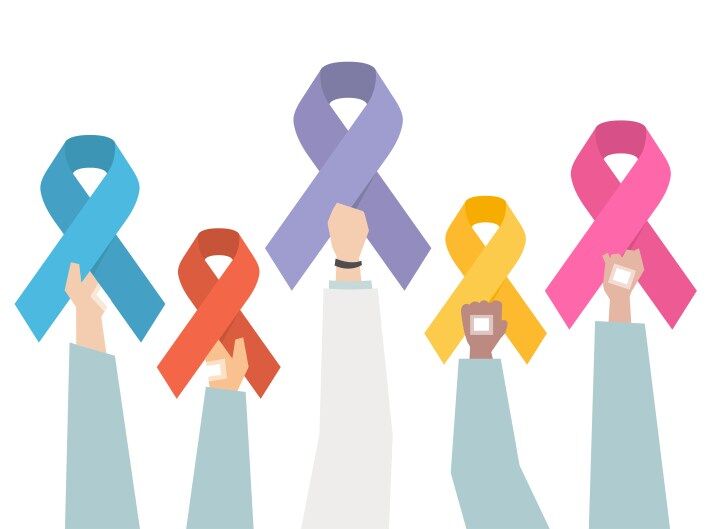 Cancers are named based on where they originate and the type of cell formed, even if they spread to other body parts. For example, cancer that develops in the lungs and travels to the liver is still called lung cancer.

According to the American Cancer Society, In 2021, the most prevalent cancers were diagnosed in men and women. Prostate, lung, and bronchus (lung hereafter), and colorectal cancers (CRCs) account for 46% of male incident cases, with prostate cancer accounting for 26% of diagnoses. Breast cancer, lung cancer, and colorectal cancer account for 50% of all new diagnoses in women, with breast cancer alone accounting for 30% of female cancers.

According to worldwide statistics, WHO mentioned the following cancers to be recognized accordingly:

Cancer does not have a single identifiable cause. Scientists believe that the interaction of several different factors causes cancer. Genetic, environmental, or lifestyle characteristics of the individual may all play a role in the process. They can be extrinsic or intrinsic factors as follows:

Cancer is not always life-threatening – especially with the medical advancements made in recent decades. While cancer incidence is increasing, more people are surviving cancer than ever before in many countries. The American Cancer Society reports that the total cancer death rate decreased by 26% between 1991 and 2015.  Worldwide, there are 28 million cancer survivors.

HOW TO PREVENT CANCER

Cancer is the primary cause of mortality and a severe hindrance to improving life expectancy in every country on Earth. But between 30% and 50% of cancers are currently preventable by avoiding risk factors and implementing now available evidence-based prevention strategies.

Early detection and treatment of cancer can reduce mortality. While screening tests can aid in the early detection of malignancies, you should always be on the lookout for disease symptoms. We need to follow recommended cancer early-detection procedures and be aware of warnings.  The American Cancer Society created this clear and simple reminder:

It’s only a guide. Nonmalignant conditions cause most of these symptoms, but cancers can cause symptoms like unexplained weight loss or fatigue. But it’s a good reminder to listen to your body and immediately notify your doctor.

If any of your first-degree relatives had been a cancer victim, it increases the probability of cancer for you as well. Consult your health care provider regarding cancer screening if you feel any unusual changes in the symptoms mentioned above. Certain tests can aid in the early detection of cancer when treatment is more likely to be successful, while others can detect precancerous conditions before they progress to cancer.

Quitting smoking after a cancer diagnosis also reduces mortality. According to a CDC report, between 2009 and 2013, approximately 660,000 Americans were diagnosed with or died from tobacco-related cancer. Tobacco use has no safe level. Tobacco users of all kinds are prompted to quit—people who stop smoking live longer than those who continue to smoke, regardless of age.

Check out this article that details the timeline of benefits as soon as one quits smoking.

4. SAY NO TO ALCOHOL

Alcohol is linked to approximately 6% of all cancers and 4% of all cancer deaths in the United States. According to the American Cancer Society’s Guideline for Diet and Physical Activity for Cancer Prevention, it is best to give up drinking. Alcoholics should limit their consumption to two drinks per day for men and one drink per day for women. The recommended limit is lower for women due to their smaller bodies and their bodies’ slower metabolism of alcohol.

Obesity raises the risk of cancer. Calories matter; eat less and exercise more to lose weight. Exercise has been linked to a decreased risk of 19% colon cancer by study. Additionally, exercise appears to lower a woman’s risk of developing breast and possibly uterine cancers. Even if you do not lose weight, for instance, exercise will help safeguard you. The American Institute of Cancer Research recommends at least 150 minutes of moderate exercise or 75 minutes of vigorous exercise each week. It’s best to do both, but not all at once. You can break up your activity into 10-minute intervals.

Go over this article to identify a regimen of workouts that fit you and your age group.

Reduce your intake of saturated fats and red meat, which are linked to increase your risk of colon and prostate cancers. Eat more fruits, vegetables, and whole grains. Incorporate anti-oxidants foods in your diet from an early age to maintain the number of food compounds in the body. Want to know what foods to eat as antioxidants? Read here.

You are what you eat – what you ingest can have a direct impact to your gene expression. Since cancer is related to gene’s malfunctioning – be mindful of your daily diet is important to uphold your health and to prevent cancer.

Conduct medical imaging scans only when necessary. Protect yourself from the sun’s ultraviolet radiation, which increases your risk of developing melanomas and other skin cancers. Avoid tanning beds and sunlight, which can damage your skin just as much as the sun (for a safe way to enjoy the sun, read this researched article). Avoid chemical hazards exposure to toxic substances such as asbestos fibers, benzene, aromatic amines, and polychlorinated biphenyls (PCBs).

So far though the evidence that links sleep and cancer is weak, insufficient sleep is associated with weight gain, which is a risk factor for cancer. According to a smaller study, men who had frequent sleep disruptions had a higher risk of prostate cancer. So it is advised to have a proper good night’s sleep for proper circadian rhythm.

Learn more about sleep in this article.

9. AVOID INFECTIONS THAT LEAD TO CANCERS

Certain viruses have been linked to cancer but are vaccine-preventable. Consult your health care provider regarding the recommended age for HPV vaccines. In the United States, approximately one-third of liver cancers are caused by the hepatitis B (HBV) and C viruses (HCV). A vaccine against HBV is available and is recommended for infants, older children who have not been vaccinated previously, and adults at risk of HBV infection. Numerous strains of the human papillomavirus, or HPV, are transmitted via skin-to-skin contact during vaginal, anal, or oral sex. Additionally, the Hepatitis B virus (HBV) can be transmitted from person to person via unprotected sex.

Aside from prevention measures, education and preparedness are the best anticancer defenses.

HOW CAN FAMILY AND FRIENDS SUPPORT PEOPLE WHO HAVE GOT CANCERS

Emotional support from family and friends has been shown to improve a cancer patient’s quality of life significantly. If a friend has cancer, you may be wondering how to best support them. But knowing what to say or do can be difficult. While each person affected by cancer is unique, the following are some general suggestions for showing support.

A cancer diagnosis brings sadness, anger, confusion, and helplessness. It is helpful for the person diagnosed with cancer when friends and family members provide a reassuring presence and practical support. Don’t abandon them, and staying in touch is always preferable.