Life is a lot simpler when we have a supporting family that is always there for us. Every phase of life requires a familial bond. Kind words from your mother, husband, or siblings may soothe one’s spirit and offer the confidence and bravery to face life head-on. In this article, we discuss the value of family, its qualities, and techniques to strengthen family bonds.

A family is comprised of individuals who are linked by blood, emotion, and values. Families may be linked to one another by birth, marriage, and adoption.

Why is Family Important?

People need family support for a variety of reasons, most of which are connected to their own well-being. Family is important to humans because it may help a person’s physical, psychological, and emotional issues, and the benefits it provides are unique to human beings. While you may already be aware that spending time with your family deepens your relationship, you may be shocked to find that it also has additional scientifically proven advantages.

Families Help Relieve Stress. Family bonds have been demonstrated to alleviate stress by increasing self-esteem and decreasing anxiety, particularly in young individuals exposed to violence. This close link may serve as a shield and provide a feeling of belonging through difficult times. Additionally, findings indicate that those with strong familial relationships have systems that enable them to manage better the stressors of life. According to Carnegie Mellon University research, organizations utilize their friends and family as a stress buffer, discussing their difficulties rather than resorting to negative coping techniques such as alcohol, smoking, or drug usage.

Better Diet & Overall Health. There are several advantages to dining together, one of them being healthier diets for families. Families that eat meals together, regardless of age, have proven to have better diets that include breakfast, plenty of fruits and vegetables, and less processed foods. It has also been studied that grandparents who eat alone are more likely to miss meals and consume items with low nutritional value, which is why family mealtimes are important at every age.

Early Age Bonding Develops Better Emotions. Children who grow up in healthy familial ties have greater control and management of their emotions as adults, according to Sage Journals. Individuals who have more control over their emotions are more self-aware and capable of dealing with all types of emotions in acceptable and healthy ways.

Increases Lifespan. In a long-term study, researchers discovered that individuals without deep family links were twice as likely to die as those with close familial relationships. Also, family links outlived friendship bonds, according to this study’s findings.

Enhances Well-Being. Maintaining a strong relationship with your family may really enhance your health. Harvard researchers found that people who respected their families and friends and created those ever-important ties and connections had better health throughout their lifetimes. Isolation may lead to decreasing health in middle age and later life.

Close-Knit Families are Better. Close-knit families have close ties older age, according to research. In 2020 Psychological Science released long-term research on men’s relationships. Researchers discovered that males who grew up in welcoming households had better relationships than men who did not. They controlled their emotions and bonded with their mates.

Better Academic Performance. A study of family mealtimes by Columbia University’s National Center on Addiction and Substance Abuse. Children who ate meals with their families fewer than three times were twice as likely to receive Cs or below in school. Kids who ate family meals 5-7 times a week performed much better.

The major effect on a child’s learning and development is their family since it is the children’s key social group. During this time period, children grow physically, emotionally, socially, and cognitively. Indeed, continuous studies indicate that an unhealthy relationship with a primary caregiver may severely hinder a child’s capacity to build and sustain good connections throughout life with the family. Researchers observed the following pathologies in children who experienced neglect throughout their developmental years.

But how is it possible for 2 or 3 children in the same household to be so dissimilar? They are raised in the very same broad social setting, with the same set of regulations and a common set of family values. They share the same genetic pool yet exhibit disparate personalities, interests, and accomplishments. While they may share a family, they do not share the same place. Children’s birth positions have a huge influence on their conduct and personalities.

Alfred Adler proposed a hypothesis on the significance of birth order in personality development in 1964. According to his concept, even though children are born into the same home, their birth order has a significant impact on their psychological development. To really comprehend children, it is necessary to examine how their familial status affects their development. The big three — first, middle, and youngest – all have comparable traits. If the kid is an only child, they are an extraordinary firstborn. Here we will also be looking at the traits of all children according to their birth order.

The eldest child in the family is the only one who will have their parents totally to themselves; the firstborn often benefit mentally from this experience, emerging with a feeling of stability and self-confidence. Because firstborn children get so much attention from their parents as infants, they tend to be responsible, well-behaved, and show strong leadership characteristics. They are pioneers in almost everything taught by their parents. They supervise them because they want the best for them.

For those who are blessed with a sibling, some of the following qualities might be seen in their first child, which is referred to as the “firstborn child syndrome.” This shift may be difficult for many children and may result in a developmental crisis. For the firstborns, it may be the source of sibling rivalry, jealousy, and trauma as per research. A family’s oldest child goes through emotions. While some of these traits are positive, others may be detrimental to their personality.

How can depression affect a person overall and what can it lead to? Read our article here to be more watchful for signs of depression. 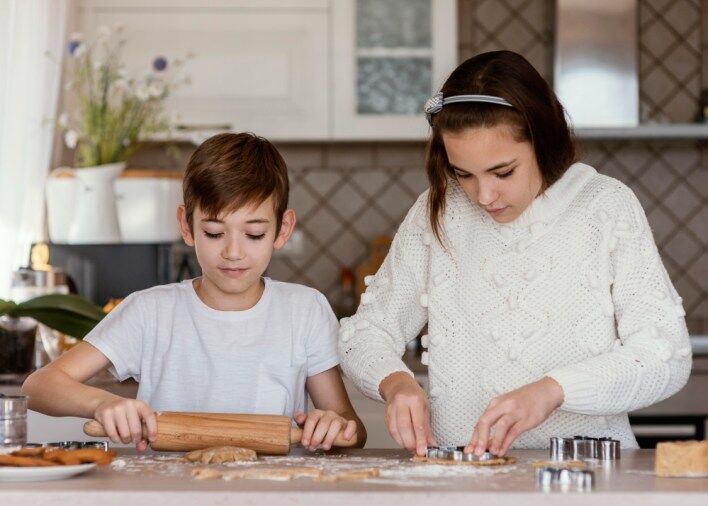 According to research published in the Journal of Marriage and Family, 75% of moms report feeling more connected to their firstborn, their oldest kid.

The middle children are said to be more prone to “have a condition similar to an inferiority complex” since they lack attention and are not the eldest or youngest. It is a belief that if you are neither the eldest nor the youngest child, you will get less parental attention and will feel “stuck in the middle.” 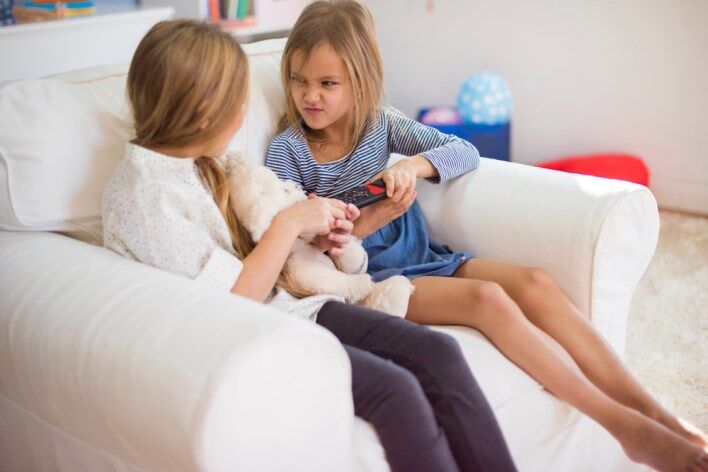 As with the older sibling, the youngest kid usually feels distinctive and has a distinct position in the family. They are more rebellious and self-centered, as well as creative, sociable, and extroverted. Being the youngest child defines as the family’s “baby,” an identity that they may carry into adulthood.

Unsurprisingly, 2020 research on university students discovered middle and only children had negative identity beliefs, whereas oldest and youngest children had good identity perceptions.

Who is the Favorite Child? 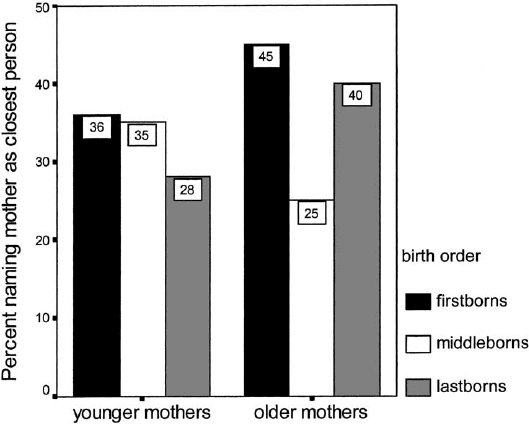 How to Encourage Good Familial Relationships?

Building relationships requires time and effort. Parents must make a concerted effort to cultivate a strong and dynamic connection with each of their children.

1. Be Respectful. Parents expect their kids to respect them. Respect must be mutual. Children need to know that their contributions are valued. Good communication builds respect. Respect your kid by sincerely listening to his needs and letting him know he is heard. Understanding his distinctiveness, even if it varies from yours, shows him that you value his identity. Set good examples and communicate clearly with youngsters so that they learn how to treat their members of the family, for example keeping a low pitch while addressing any member in the house.

2. Spend Quality Time. Quality time is necessary for the development of positive interactions between children and parents. Spending time together enables us to learn about one another’s experiences, ideas, emotions, and evolving interests. Quality family time has been shown to benefit both children and parents in the following ways: enhanced well-being, a feeling of belonging, and a favorable impact on children’s cognitive, social, and emotional development, as well as their later life choices.

Here are some strategies to ensure that your family spends quality time together: 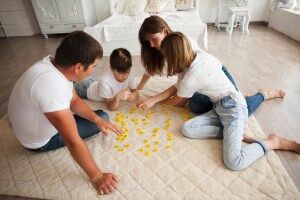 3. Foster Communication. Communication is vital because it allows individuals to voice their needs, wishes, and concerns. Communication helps family members to communicate their differences as well as their love and appreciation for one another. It enhances connections by making children feel understood, appreciated, and cherished.

4. Share Your Love & Support. A healthy family bond is developed by recognition and celebration of each member and there’s nothing greater than being able to maintain meaningful relationships with your family. Greeting one other before leaving and greeting each other upon return are forms of loving gestures. Make it a habit. Also, complement each family member on a job well done. For example, complimenting and thanking a teenager for caring for a younger sister would instill a sense of importance in them.

5. Eat Together. As already been mentioned, eating together as a family is very beneficial for a positive relationship and upbringing of children. Find a meal that everyone can share every day, or at least a couple times a week. Make something that everyone enjoys and encourage family conversations. Turn off all gadgets and encourage everyone to interact with one another.

6. Stay Involved. Proactively involve your children and spouse in any activity they are interested in. Be attentive enough to inquire about their well-being, ask questions, and really listen. It has been proven that these little gestures mean a great deal to them and may help you get closer.

7. Work Like a Team. When the family works together as a unit, every person feels appreciated for what they have contributed. Household tasks should be shared. Allow little children to assist with household duties such as tidying up their toys or placing their shoes back where they belong. Let children decide things of their own. The decisions you let your child make will depend on their abilities and maturity, as well as the rules you’ve set.

8. Teach to Forgive. Whenever anyone makes a mistake, healthy families teach their members how to confess and forgive. It instills in youngsters a sense of accountability for their activities. The greatest way for children to learn is by example and precept. Do not only teach youngsters to forgive people who have wronged them; demonstrate how forgiveness works to maintain family unity and love.

The University of Nebraska researchers identified six important criteria that good families share. All of these traits contribute to family joy and strength.

Your initial relationship after birth is with your family. To strengthen your relationship with your family, spend quality time with them, acknowledge their efforts, and participate. . However, establishing such families is not straightforward. To remain together and accomplish a single objective takes effort and commitment.

Independent Thinking Vs Peer Pressure. How To Overcome?