Whether you are going for a routine medical checkup or for any specific condition, you might have been suggested to go for a blood test. Routine blood testing is among the most essential methods to monitor your overall physical health. Regular testing can provide insight into your body’s changes over time and empower you to make informed decisions about your health. In this article, we will be covering the most prescribed blood tests.

What Are Blood Tests?

The procedure of Blood Testing: 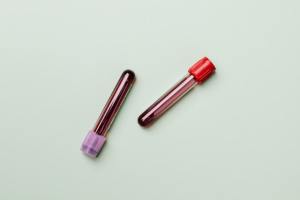 A health care practitioner will get blood samples from patients. It is also known as blood draw. When blood is drawn from a vein, the procedure is known as venipuncture. One may feel a little pinch when the needle is inserted or removed. This often takes around five minutes. During venipuncture, you may have little discomfort or bruising at the site where the needle was inserted, but these symptoms often subside rapidly.

There are several kinds of blood testing. Common ones include the following,

One of the most often requested types of blood tests is the CBC. The complete blood count test examines the total number of all cell types in the blood. It also gives significant information on various factors associated with each blood cell type. Usually, it consists of the following: 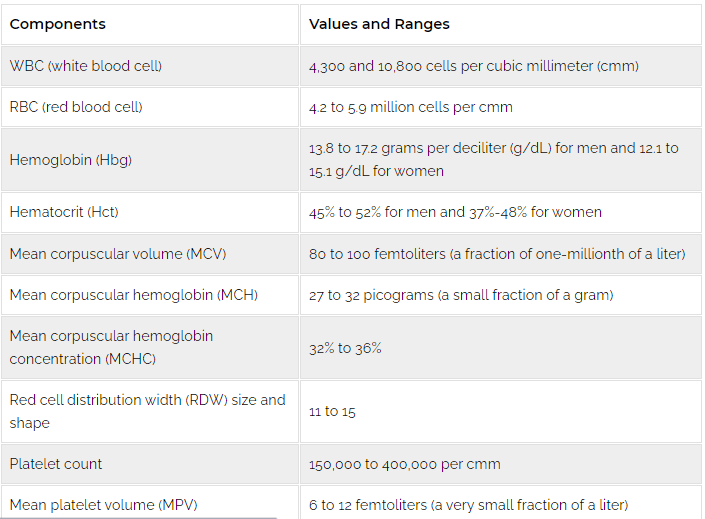 If a person obtains red blood cells containing antigens that are not previously present in their system, their body will reject and fight the new red blood cells, according to the American Red Cross.

Blood types are further classified based on the Rh factor:

Your blood type may be identified within minutes. Once your blood type is determined, you are able to give blood and receive transfusions from donors with compatible blood types. 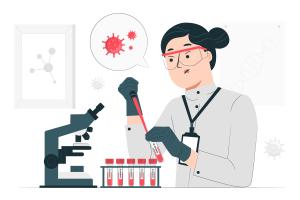 A differential blood test allows a physician to determine the number of white blood cells in the body. There are five types of white blood cells, and the test also indicates the quantity of each type. The findings give information on the state of an individual’s immune system and how it reacts to illnesses and other stressors.

They are required by a doctor for confirmation of a diagnosis, for mild conditions such as flu and urinary infections. Or they may be screening for a persistent problem like an autoimmune or bone marrow issue. A differential blood test may suggest white blood cell issues, but it’s not the only lab test physicians employ. For test purposes, blood is collected from an arm or finger vein for the test. The blood differential test may reveal defective or immature cells. It may also identify an infection, inflammation, leukemia, or an immune system problem. The following types of cells are considered in this lab test,

The American Academy of Pediatric Dentistry suggests that healthy people have the following amounts of white blood cells:

The purpose of blood clotting tests is to detect and evaluate bleeding disorders, as well as to monitor patients on warfarin or other anticoagulant medications. Clotting problems may cause serious bleeding (hemophilia) or excessive clotting (thrombophilia). Your doctor may prescribe coagulation testing if you have a clotting condition.

The clotting process stops excessive bleeding after a wound. However, the blood in your vessels should not clot. These clots may migrate via your circulation to your heart, lungs, or brain if they develop. This might result in a heart attack, a stroke, or even death. There are several coagulation tests available. The sections that follow have explanations for some of them.

During a coagulation blood test, a blood sample is submitted to the lab to detect any abnormalities in platelet or blood clotting agent levels. No special requirements are necessary for this blood test. The following results are obtained after testing.

The erythrocyte sedimentation rate (ESR) is a kind of blood test that evaluates the rate at which red blood cells (erythrocytes) settle to the bottom of a test tube containing a blood sample. This test’s blood sample is measured over the duration of one hour. (ESR) may be recommended by your doctor if they feel that your body is inflamed. A high rate of settling indicates excessive inflammation such as Rheumatoid arthritis, heart diseases, bowel problems, and vascular conditions.

Certain kinds of additional proteins are often produced from the site of inflammation and flow in the circulation if a section of the body is inflamed. Blood tests are used by healthcare providers to determine whether a patient is experiencing inflammation. The tests are not highly specific, and several disorders may alter blood test results. To determine the actual source of the issue, more investigation may be necessary.

Blood tests for Erythrocyte Sedimentation Rate (ESR), C-Reactive Protein (CRP), and Plasma Viscosity (PV) are often used to identify an increase in blood protein levels. In this manner, they serve as indicators of inflammation.

These are the normal values for ESR, CRP, and PV,

This blood test measures the level of different enzymes present in a person’s blood. Enzymes are complex proteins that promote chemical processes in the body. They help digest food so the body can utilize it. They help to coagulate blood as well. Diseases of the musculoskeletal system, organ damage, and traumas may result in the release of enzymes from cells into the blood. The physician could refer to enzyme indicators as biomarkers (biological markers). This biomarker is a disease’s quantifiable indication (medical symptom).

The main forms of enzyme markers are

In adults, a CPK level of 200 units per liter (U/L) or less is considered normal.

Enzymes in the liver accelerate chemical processes in the body. Among these chemical processes are the production of bile and chemicals that aid in blood clotting, the digestion of food and toxins, and the defense against infection. Learn more about them in this article.

A procalcitonin test examines the amount of procalcitonin in your blood. A high amount might be a symptom of a dangerous bacterial illness, such as sepsis. Sepsis is the body’s extreme reaction to infection. Sepsis develops when an infection in one region of your body, such as your skin or urinary system, moves into your bloodstream. This test may also assist with treatment efficacy, monitor the infection of bacterial origin, etc.

The procalcitonin reference value for adults is less than 0.1 ng/mL. Infection may be indicated by levels more than 0.25 ng/mL.

Interleukin 10 is a type of cytokine that stops inflammation and is very important in preventing inflammatory and autoimmune diseases. When IL-10 levels are high, they can make it harder for the host to respond to microbial pathogenesis and stop tissue damage and changes in blood flow from healing. Its result are also obtained via blood testing. Serum IL-10 levels in healthy adults ranged from 4.8 to 9.8 pg/ml.

Interleukin-6 (IL-6) is a protein that is generated by several cell types. It helps control immunological responses, making the IL-6 test a possible indicator of immune system activity. Inflammation, infection, autoimmune disorders, cardiovascular disease, and some malignancies may all cause an increase in IL-6 levels. This blood test measures the blood’s IL-6 concentration. This test is not often requested, but it can be used if a person has been identified with or has signs and symptoms of one of the above conditions. Less than 17.4 pg/mL is the normal range for this blood test.

It is possible to learn a lot about your health by having blood tested from your body. In other cases, however, it fails to provide sufficient insight into your health status. It’s possible that your doctor may still need to do further tests after reviewing the results of your blood work. To learn what other tests are carried out, jump up to this article here.

A Comprehensive Guide to Health Screening Starting by 20s.

A Comprehensive Guide to Health Screening Starting by 20s.